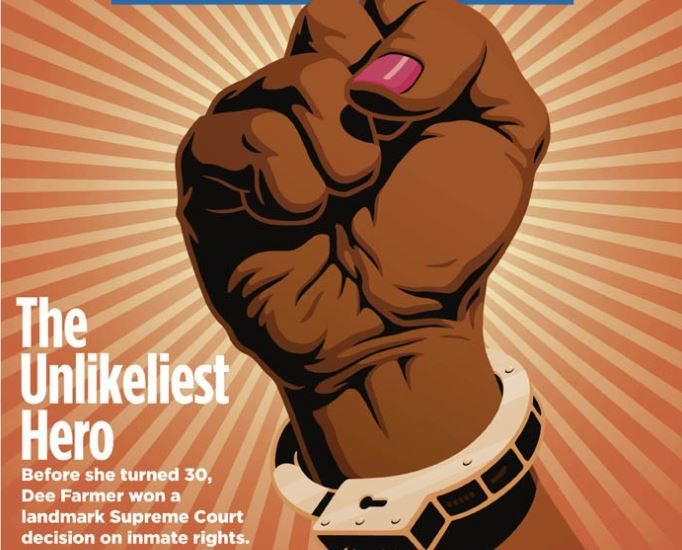 In 1994, JDI submitted an amicus brief to the Supreme Court on behalf of Dee Farmer, a transgender woman who was raped in a federal prison. Dee won the right to sue the Bureau of Prisons for not protecting her, and today the Farmer decision stands as a landmark in the fight for the right of survivors to seek redress from government officials.  The Court’s decision also included a line that inspired JDI’s slogan: Rape is not part of the penalty.