An Opportunity in South Africa 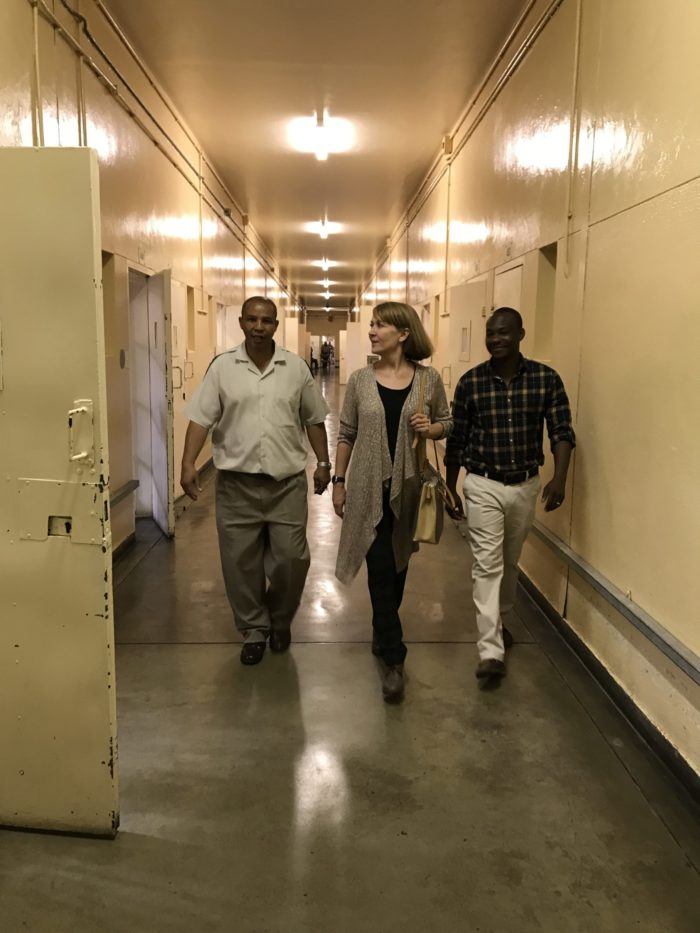 In 2004, a group of dedicated officials at Pollsmoor prison in Cape Town, South Africa, contacted JDI for advice on stopping sexual abuse in their facility. The resulting collaboration between JDI and the group — known as Friends Against Abuse — marked the beginning of JDI’s work in South Africa. (Chris Malgas, a founder of Friends Against Abuse, is on the left, walking the halls of Pollsmoor with JDI’s Lovisa Stannow and JDI-SA’s Prince Nare.)