The Anniversary of the Prison Rape Elimination Act 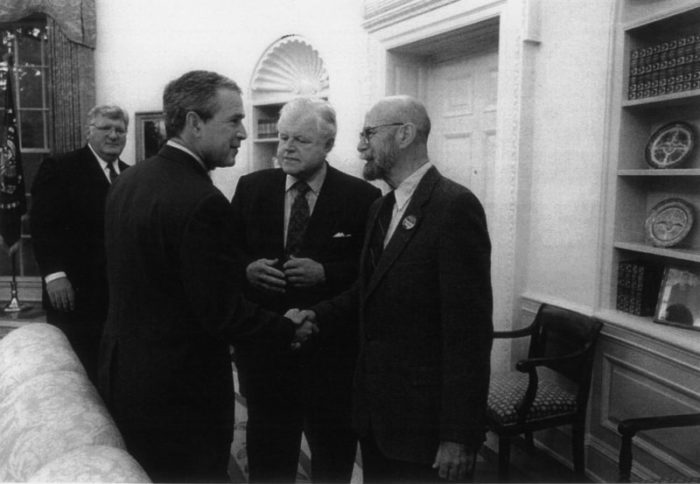 On September 4, 2003, the landmark Prison Rape Elimination Act was signed into law. Tom Cahill, JDI’s former President and a survivor whose tireless advocacy paved the way for the law’s passage, attended a signing ceremony with President George W. Bush and Senator Ted Kennedy, a PREA co-sponsor in the Senate. The first federal civil law to address sexual abuse behind bars, PREA affirmed that such abuse constitutes a crisis — and that it is the government’s duty to stop it.