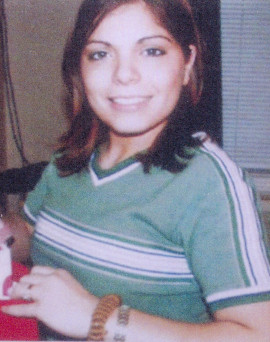 Your donation will help people like Ca'Linda to heal — and prevent others from being abused.

My name is Ca’Linda. I am a 29-year-old bisexual woman incarcerated in Kentucky for a nonviolent offense. I am a survivor of sexual abuse at two different facilities in the state. In both cases my attacker was a staff member.

The abuse started at the Warren County Regional Jail in 2007, when an officer — a captain, in fact — asked me to flash him. From that point on, he would come into my cell and fondle me and penetrate me with his finger. One day he pulled out his penis and demanded oral sex. Then he forced me to have sex with him. While he didn’t physically hold me down, he threatened me. I have an infant daughter, and he said that he would transfer me to a facility where I wouldn’t be able to see her.

The abuse was a very “hush hush” deal. I requested a housing change, but I was kept in the same cell for quite a while. I felt very unsafe, and was threatened by friends of my rapist.

I reported the rape to two staff members — a deputy captain and a jailor — and two officials from the Kentucky Department of Corrections. I got no response, but an internal investigation was launched. After I wrote the Department of Corrections again, two officials came to interview me. I agreed to a polygraph, and passed. The captain failed his miserably. But they still gave him the option to quit without being fired. So he quit. I wrote the Kentucky State Police several times to press charges, but nothing ever came of it.

When I was sent to a new facility, the Kentucky Correctional institute for Women, I was again abused by staff, beginning in 2009. I had been placed on Maximum Assault Status (MAS), and when you’re on MAS, you are not allowed to shower with a curtain. One day a lieutenant walked by and stared into the shower. He then told me he’d drop my disciplinary reports if I would masturbate in front of him. He would continue to demand “shows” until one day I told him I wouldn’t anymore. I was so sick of being his toy. The abuse stopped for nine or ten months. Then one day I got a write up, and the same lieutenant pulled me into a blind spot and sexually abused me.

I reported the abuse to a sergeant, who then told a captain. Internal Affairs interviewed me, but they all accused me of lying due to the fact that I couldn’t give exact dates. The head of Internal Affairs made it out to be my fault. I also requested protective custody, but it was months before it was granted, which meant I was subjected to sexual harassment that could have been prevented.

I was transferred to the Western Kentucky Correctional Complex in 2011, but my attacker was not fired. He was suspended for 15 days, and then allowed to return to work in a different part of the prison, still as a lieutenant. It turns out that history would repeat itself: not long after my transfer, I learned that he was fired for an unrelated case of sexual misconduct.

Today, I’m scared to let someone so much as pat my hand or give me a supportive hug, fearing that it will be misconstrued as a sexual advance. I am paranoid when I shower. I feel dirty and used. I feel let down by those who were supposed to protect me — the warden, the jailor, the Department of Corrections.

I was abused badly as a child — mentally, physically, and sexually. I’ve been through many forms of therapy, and I know, intellectually, that the rapes weren’t my fault. But what hurts the most is that I’m serving time for crimes that didn’t physically harm anyone. I’m doing over half of a life sentence and yet my rapists walk free. I feel the state of Kentucky has done its inmates a great disservice when an employee can sexually assault an inmate and be given the option of resigning. Did I have any options?

Sharing my story with others empowers me as a survivor. I want people to know I am the face of a prison rape survivor — and not a prison rape victim.