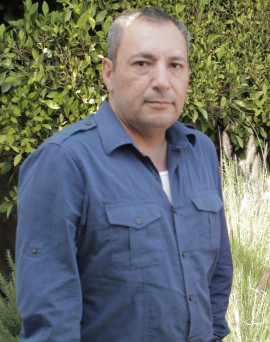 Your donation will help people like Frank to heal — and prevent others from being abused.

My name is Frank and I was sexually assaulted by a deputy sheriff in a Los Angeles jail. I would like to share my experience and express my strong support for national standards to prevent, detect, and respond to prisoner rape.

Even though I was never convicted of a crime, I received a life sentence of pain and hurt from the abuse I suffered at the hands of a guard.

In 2006, I lost my job at a law firm and was arrested for public drunkenness. I had never been arrested before. I was scared of other inmates– I did not know at the time that I had more reason to fear the staff.

At the jail, I disclosed to the officers that I was gay and that I had never been to jail. My vulnerability stuck out like a sore thumb. Rather than protecting me, the officers taunted me and nothing I did would make them leave me alone. After one particularly humiliating incident, I tried to defend myself. In response, one of the officers threatened to hurt me. I had no idea he would actually carry out those threats — and get away with it.

I believe my rape was premeditated. A day or two after I was threatened, the officers in the watchtower left and it got eerily quiet. That is when the abusive officer entered my cell, beat me, and raped me.

When the officer on the next shift saw me naked and bloodied in my cell, he asked what happened. I told him I was raped and he just told me to get dressed, but never followed up on my report.

Survivors need multiple avenues to report a sexual assault, especially if they are raped by a staff member. Inmates cannot be expected to report abuse to an officer who works closely with the perpetrator. I told an officer what happened to me, but nothing was ever done.

Because of the “code of silence,” officers refused to report one another, leaving me without any options to seek help. For that reason, it is important that the PREA standards include an option for survivors to report to someone on the outside, so that facilities will be forced to take sexual violence seriously.

The standards should also make sure that rape in jail is investigated like rape in the community. I was denied a forensic exam, which made it impossible to collect evidence. No one provided me with any treatment for my injuries, even though I was badly beaten. I never spoke with a counselor or mental health staff member and was left to suffer alone in my cell. If I had had access to these services, I could have been spared years of needless suffering and pain.

I was only in the jail for two weeks. When I was released, I went to a police station to report the rape. But nothing ever came of it. Without a forensic exam or any kind of evidence from the assault, building a criminal case against the officer was impossible. As far as I know, he still works at the jail.

The deputy who assaulted me is not the only one to blame — the other officers who looked the other way are just as guilty. They did nothing to protect me or to provide me with care after I was assaulted. The Sherriff’s Department’s motto “to serve and protect” did not extend to me. That’s why we need strong PREA standards — to make sure that everyone is safe while in the government’s custody.

Prisoner rape is a life-shattering experience. This violence has to stop and I ask you to please put pressure on the Department of Justice to pass strong standards quickly so that others do not have to go through what I did.