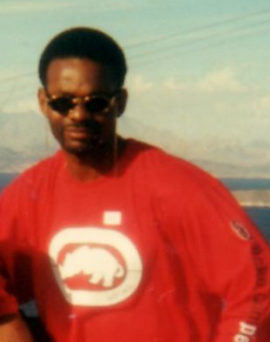 I would like to begin this letter by saying thank you to Just Detention International, because the support I’ve received has really helped me deal with a very traumatic and difficult period in my life. I consider it a privilege to be able to give my testimony so that others who have suffered similar abuses can begin the healing process. I am sharing my information because I want to help others.

The abuse began in August 2014, when a corrections officer became verbally abusive towards me. I wrote a grievance, which led to a campaign of harassment by him and other members of the staff. Every time the officer saw me, he used racist and homophobic slurs and threats. I was constantly fearful and worried, wondering if today would be the day when I would be placed in segregation for nothing, or my cell searched — or if my abuse would shift from verbal to physical.

That day came in December. I was called for a visitation, and the officer who harassed me was in charge of performing strip searches before visits. As I undressed, he began using racist and homophobic slurs to humiliate me. He told me to turn around and bend over at the waist. Then he yelled out loudly, “What’s this?” before proceeding to place the end of an ink pen inside my rectum.

“You better not move. If you do I’ll terminate your visit right now,” he said, while pushing the ink pen deeper, over and over again. “That wasn’t so bad,” he said, after pulling the pen out. He had this wicked, evil grin on his face. I’ll never forget that look on his face. I’ve had nightmares of that grin.

Finally, I was allowed to go. But as I sat there with my daughter, all I could think about was the assault that just happened, and that I did nothing to stop him. It causes me mental and emotional trauma to this day. I allowed another man to violate my body, because he was a correctional officer.

But I decided I was not going to let him get away with it. As soon as the visit was over, I wrote to the warden and other prison officials, explaining exactly what the officer did to me. They never responded.

Then, three days later, I had another visitor. And the same officer was performing the strip search. He immediately began to verbally abuse me, and said, “I got something else planned for you today.” He then went over to the officer who was replacing him on the shift; as they were speaking, they both pointed in my direction. When my visit began, the new officer began counting out loud, so that I knew I was getting no more time than I was allowed.

After my visit, I was sent to segregation on completely fabricated charges. Once in segregation, I was given a disciplinary report. I went to a hearing on the report, and the chairman of the hearing said “So, you’re the one who likes to write grievances, huh?” A few days later, I got a notice saying that my television was being confiscated.

A few months later, I was again placed in segregation. An officer took my eyeglasses from me, and told me, “We got you now. A grievance is not going to help you.” Then he put me in a cell without any lights. The sink was clogged, with nasty water that had soap scum in it. The walls of the cell were smeared with feces. The ventilation system blew dust into the cell because it had not been cleaned in years. Whenever the toilet flushed in the neighboring cell, raw sewage would flow into mine.

After six days in the cell, I was given cleaning supplies to scrub the walls. The light was fixed and the sink unclogged after two weeks. Nothing else was fixed during the 38 days I was in segregation. All these things, coupled with the sexual assault, caused me severe anxiety attacks and depression.

I always thought that when given the option, most people would choose to treat others with dignity. My experiences in prison have altered those thoughts. But JDI has restored my confidence in humanity. JDI has helped me begin to take back my life from depression and anxiety. So once again, thank you JDI.