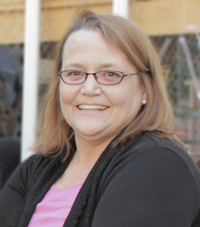 I was incarcerated in 1998 and soon transferred to a state women’s prison work camp in Michigan. I wound up working as a clerk at the warehouse for the men’s prison. I basically did a lot of secretarial and janitorial work.

After a couple of months without problems, a new employee began working in the warehouse with us. Within two weeks of him arriving at the warehouse, the mood had changed. It seemed like all of his “jokes” were sexual in nature and I immediately began to feel uncomfortable. He started to ask a lot of personal questions about my life; especially my sexual life with my husband.

Then he started to talk about how he liked all of the “power” that he had working inside the men’s prison. He made a big deal of talking about giving guys major tickets just because he didn’t like the way that they looked at him. A major ticket can add time to your sentence; you can lose good time, you can lose privileges, or you can be made to stop working. Such comments were enough to put the fear of god into any prisoner who heard him.

He then started asking me even more questions about my personal life. I normally would have just continued to ignore him, or if I was still on the outside I would have immediately told someone. However, this was prison and this was a whole new ballgame. If he decided to write me a major ticket, it could have held me up for a very long time. And I was waiting for the day, soon to come, when I could go to the Corrections Center near my home which would allow me to get back into counseling, get a job, and even go home for a few hours on the weekend to see my family.

I knew that if I reported what he was doing to anyone, he would write me a major misconduct sexual act ticket and I would never get home! I kept thinking about the fact that the warden at the prison camp was well known for saying that if an inmate reported an assault or rape or any type of sexual contact by a male guard or employee and there was no physical evidence such as DNA, or a witness willing to testify, she would always believe the guard or employee over the inmate. How did I dare take my chances with that when I was so close to getting out of that horrid place?

Considering all of the factors, I had to make the hardest decision of my life and weigh my options. I decided that it was more important to get back home to my family and try to get my life back on track. I decided that I would not tell anyone about his advances and would try to handle the situation myself.

At first it was the harassment, but then he started to put his hands under my clothes. Then, he would demand that I perform oral sex and other sexual acts for him. Eventually, he said that he wanted more. He wanted to have intercourse with me. I begged him to please not do this to me. He informed me that he could simply issue a major sexual conduct ticket and very snottily said, “How long do you think it will take for you to get home then?”

After months of abuse, the day that I no longer had to see him finally arrived. I was one step closer to home! How was I to know that, unfortunately, this was definitely not going to be the last time I would have to see him?

It seemed that once I got on the bus leaving the prison and went to the Corrections Center, I put everything regarding him deep into the back of my mind. I didn’t tell anyone — not my husband, no one. Maybe in some ways, not thinking about it was my way of dealing with it. If I didn’t think about it, then maybe it meant that it didn’t happen.

About 10 months after I was released from the prison, I was reporting to my parole officer. He asked me if I knew why Internal Affairs would want to talk to me. I said I had no clue. He then asked me if I had ever had a problem with any of the guards or employees when I worked at the warehouse. I burst into tears. I instantly knew that he was talking about him. I told him that yes, I had indeed had a problem with one of them.

Apparently, one of the female prisoners had gotten the guts to come forward with what he had been doing to her. This opened an investigation and Internal Affairs got involved. She had managed to get some DNA and had turned it over to the officials. They ended up trying to find other inmates who worked at the warehouse and interviewing each one of them. I was the original victim and the last person interviewed.

I ended up having to meet with an inspector from Internal Affairs. He was a caring, respectful person. He didn’t make me think that because I had been a prisoner I “deserved” to be raped. He let me know that I still had rights and that this person wouldn’t be allowed to get away with raping me and all of those other women.

I must admit that I had my doubts. I honestly didn’t think that anything would ever come of it — after all, the females he had raped were “just prisoners” — and not as good as everyone else. We had no rights and I thought that we would just have to deal with it.

I ended up having to go through a criminal trial. Testifying and talking about it forced me to relive the nightmares of being raped in prison. This wasn’t simply a quick, simple deal. The defendant managed to drag the criminal trial out for over five years! He was finally sent to prison and is now on the Sex Offender Registry. While he was incarcerated I wondered if anyone was threatening him with a major misconduct ticket if he didn’t do what they wanted. But I couldn’t wish that even on him.

I am so much luckier than most prisoner rape victims. I had a fantastic support system. I got into counseling and it truly helped. After 10 years, I still periodically see my counselor. I had been diagnosed with Bi-polar Disorder shortly before becoming incarcerated and have now been diagnosed with Post-traumatic Stress Disorder. To this day, I still take medication to allow me to sleep without having nightmares.

My goal is to someday be able to think of myself not as a victim of rape, but as a survivor of rape. I hope to help stop prisoner rape from occurring so that others do not have to suffer as myself and so many others have suffered.