Human Rights in the USA

Prisoner rape is a devastating crime. It is also recognized under international law as a form of torture. JDI believes that basic human rights standards are a key tool in the fight to end sexual abuse in U.S. prisons and jails. JDI works to ensure that the U.S. fulfills its obligations under international treaties, including by providing information to U.N. monitoring agencies. The U.S. has ratified two binding treaties that explicitly prohibit torture: the Convention Against Torture and Other Cruel, Inhuman or Degrading Treatment or Punishment (CAT) and the International Covenant on Civil and Political Rights (ICCPR). 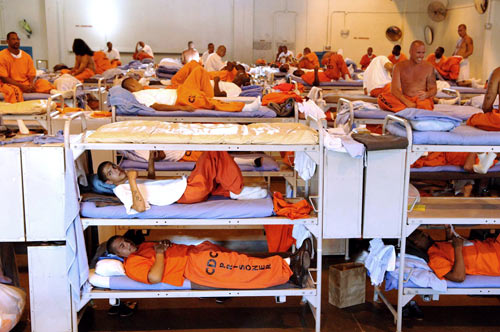 In 2010, after JDI submitted a shadow report to the U.N. Committee Against Torture, the Committee expressed concern about sexual violence in domestic facilities and urged the U.S. government to address this crisis.