Prisoners who are lesbian, gay, bisexual, and transgender (LGBT) are among those at highest risk for sexual abuse and harassment. One of JDI’s top priorities is to ensure the safety and dignity of LGBT prisoners — and to counter the harmful attitudes that put LGBT people in danger.

Sexism, homophobia, and transphobia are rampant behind bars. In men’s facilities, for example, it is common for staff and prisoners alike to believe that gay men, transgender women, and anyone who is perceived as “feminine” should expect to be sexually abused. In women’s prisons, lesbians and gender nonconforming women are singled out for staff sexual abuse and punishment. Too often, corrections staff blame LGBT victims for being sexually abused, and respond with indifference or hostility to survivors who ask for help. One survivor in a Texas state prison who asked staff for protection was told, “You’re an admitted homosexual. You can’t be raped. We’re denying your request. Learn how to defend yourself.”

Transgender women — who are almost always held in men’s facilities — are especially vulnerable. Even those who are not raped face constant abuse and harassment. In many prisons, staff deliberately humiliate transgender people by conducting strip searches in front of other prisoners, mocking their bodies, or refusing to call them by their correct names. Sarah, a transgender woman held in a men’s prison, is a case in point: “The prison personnel denied me a razor so I could have a ‘manly’ beard. They harassed me with sexual slurs, and chanted ‘mister’ at me. They constantly told me that I have a penis, while calling me John.”

Despite the stark reality, however, it is possible to keep LGBT prisoners safe. JDI advocates for commonsense policies that protect LGBT people, such as making sure that anyone at risk for abuse is housed in areas where they will be safest. In our work with corrections staff, we emphasize their absolute responsibility to keep all people safe, and provide specific training on how to work with LGBT prisoners — including respectful language and professional behavior.  We also challenge the sexist, homophobic, and transphobic attitudes and beliefs that allow sexual abuse to flourish. 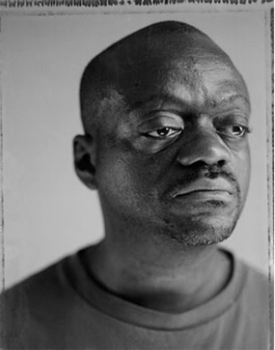 “Because I was raped, I got labeled as a ‘faggot.’ Everywhere I walked, everyone looked at me like I was a target. It opened the door for a lot of other predators. Even the administrators thought it was okay for a ‘faggot’ to be raped.

One in eight LGBT prisoners were sexually abused by another inmate in one year, according to the Bureau of Justice Statistics.

“I want to have control over my own body and my life, just as you do. I want to choose the people with whom I get intimate, just as you do. I absolutely did not want to have sex with that man in the San Francisco Jail, but I felt powerless to refuse him. As a transgender woman, I’ve experienced the worst kind of treatment our society has to offer.”