Many people believe that prisoner rape is just part of life behind bars — an inevitable punishment for breaking the law. JDI works to counter these harmful attitudes, so that rape in detention is recognized for what it is: a human rights crisis that we can, and must, end. 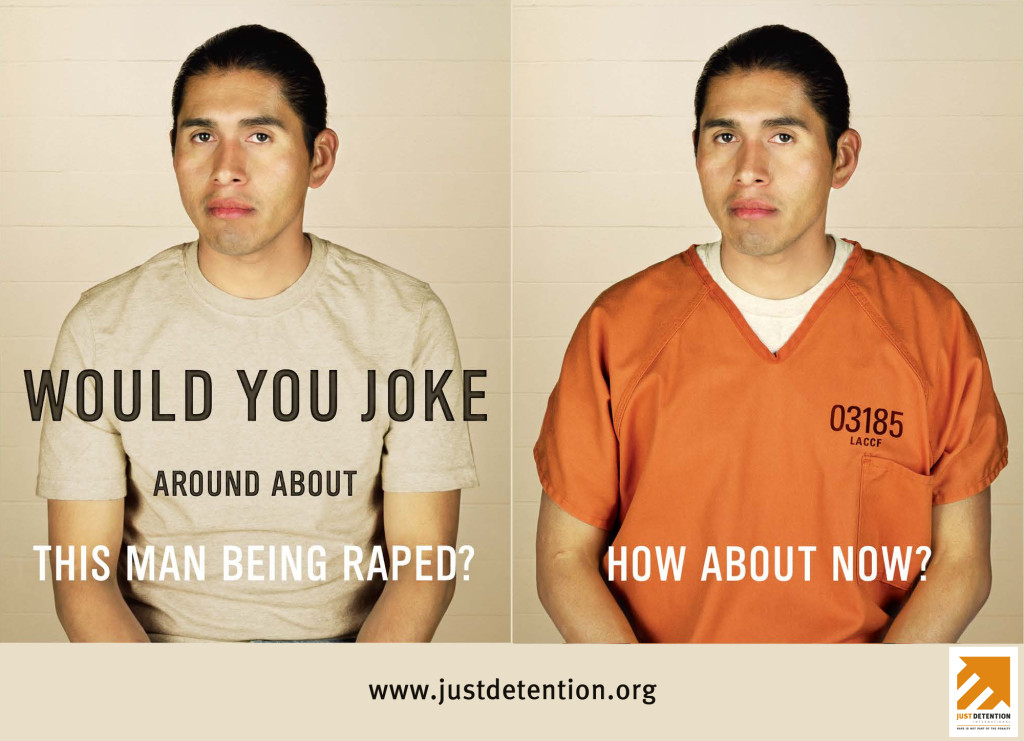 Public attitudes about sexual abuse in detention are often based on myths and stereotypes about prison life and about prisoners themselves. Some think rape in prison is okay because victims are “bad” people who are unworthy of our compassion. Others feel that this abuse somehow deters crime, or that what goes on behind prison walls does not matter to the rest of us. These ideas are reinforced in popular culture, which often makes light of rape in prisons or depicts prisoners as deserving of abuse.

JDI combats these ill-informed views by providing clear, fact-based analysis that is rooted in human rights principles. We believe that rape is never okay; that sexual abuse in detention can be stopped; and that this violence affects all of us.

The best way to shed light on the reality of rape behind bars is to hear from survivors themselves. Survivors are real people — our family members, friends, and neighbors. JDI helps survivors share their stories, including the human cost of sexual abuse and how it affects people’s lives. With JDI’s support, survivors have become powerful advocates for change, educating policy makers, the press, and the public about the crisis of prisoner rape — and what we can do to stop it.

“We should not be tolerating rape in prison. And we should not be making jokes about it in our popular culture. That’s no joke. These things are unacceptable.”

“Some people believe that if a person commits a crime, they will get what they deserve. You know how it goes, ‘Don’t drop the soap,’ ‘Fresh meat,’ or ‘Look what he did to come to prison.’ Right? Wrong!”