The Seeds of PREA 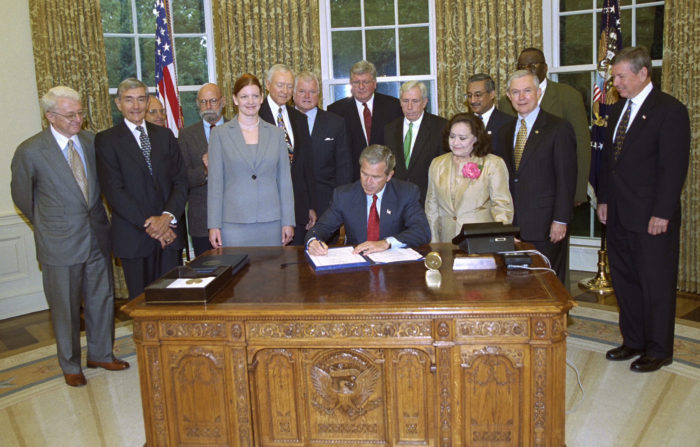 Representative Frank Wolf played a major role in leading the bipartisan push in Congress to pass legislation to end the crisis of rape behind bars. In 2002, with Representative Bobby Scott as a  co-sponsor in the House and Senators Ted Kennedy and Jeff Sessions as sponsors in the Senate, Wolf introduced the Prison Rape Reduction Act, a bill that would become the Prison Rape Elimination Act. But survivors were instrumental in the bill’s passage, and specifically Former JDI President Tom Cahill, whose impassioned letter to Representative Wolf provided a spark.