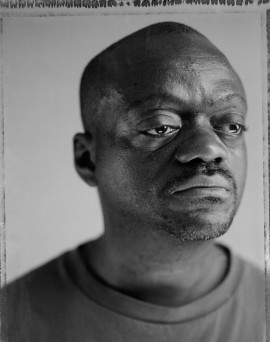 My name is Kendall Spruce.* I’m here to tell you about what happened to me in an Arkansas state prison. I was raped by at least 27 inmates over a nine-month period. I don’t have to tell you that it was the worst nine months of my life.

I was sentenced to six years in prison in 1991 on a probation violation. I was originally convicted of forging a check to buy crack cocaine. When I went to prison, I was 28 years old, I weighed 123 pounds, and I was scared to death.

I was right to be afraid. I am bisexual, but that doesn’t mean I want to have sex with just anyone. As soon as I got there, inmates started acting like they were my friends so they could take advantage of me.

I told them I wasn’t going to put up with that. I didn’t want to be robbed of my manhood.

I reported the rape, and I was sent into protective custody. But I wasn’t safe there either. They put all kinds of people in protective custody, including sexual predators. I was put in a cell with a rapist who had full-blown AIDS. Within two days he forced me to give him oral sex and anally raped me. I yelled for the guards, but it was so loud in there, so no one came to help me. I finally had to flood the cell to get the guards to come.

Because I was raped, I got labeled as a “faggot.” Everywhere I walked, everyone looked at me like I was a target. It opened the door for a lot of other predators. Even the administrators felt it was okay for a “faggot” to be raped. They said, “Oh, you must like it.”

I’m here to tell you that no one likes to be raped. No one likes being violated. I documented the events. I filed grievances. I followed all the procedures to report what was happening to me. But no one cared. They just moved me from cell to cell. This went on for nine months. I went through nine months of torture, nine months of hell that could have been avoided.

In all this, I started bleeding badly from my rectum. I didn’t want to go to the infirmary because I was still ashamed of what had happened to me, but I had to. They gave me a test, and that’s when I got the devastating news. I was HIV positive.

I felt suicidal. I felt like my whole world had come to an end. I cried and I cried. I felt ashamed, embarrassed, degraded, and humiliated. I haven’t forgotten those feelings. You never forget. You never heal emotionally. There isn’t a day that goes by that I don’t think about this.

Finally, I was placed in a cell by myself in administrative segregation. The only way I could stay safe was to deliberately disobey the rules — so I could get away from my predators.

Eventually, I was interviewed by an investigator from the state police. I made a report of every assault. I survived the prison. I had a list of all the inmates who sexually assaulted me, and I came up with 27 names. Sometimes, only one inmate assaulted me, and sometimes they’d take me in groups. It went on almost every day for the nine months I spent in that facility.

In 2002, I was diagnosed with full-blown AIDS. I can’t even count how many medications I have to take every day. I can’t do a lot of things I used to do. I moved from Arkansas to Michigan, to be closer to my family. I wanted to get to know my family before I die. I’m not able to work. I collect disability. Fighting for my life is a full-time job. They took my life, but they didn’t take my ability to live my life.

Everything that happened to me could have been avoided if the prison was accountable for inmate safety. Prisons and jails are too crowded. They mix all kind of inmates together in dormitories and cells. They need to screen inmates so that people like me don’t get thrown in with mass murderers.

I know I had to pay the price for what I did. But I paid double the price. That check I wrote cost me my life. Every day I wake up and I’m grateful that I’m still here. Sometimes I ask God, “Why me? Why did this happen to me?” I already accept that I’m going to die, but before I do, I want to see justice in the prison system. The only way to help me now is to put an end to rape in prison. Thank you.