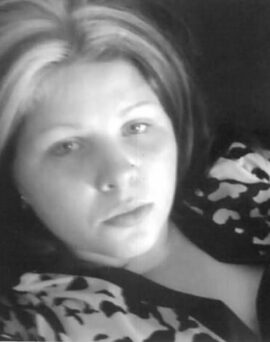 In the spring of 2018, I started being brought to court by a specific marshal. Things started between us when he started flirting with me and offering me food and cigarettes. His partner at the time witnessed all of this and sometimes even flirted with me too.

I wanted nothing to do with him after that but, while at the courthouse one day, he came into the holding cell and forced himself on me. I told him to stop, I told him “no,” but he forced his hand down my pants and inside me. Thankfully, at that moment another marshal started walking toward the cell and he quickly stopped and walked out. I haven’t seen him since that day in November 2018.

I tried to forget that it happened, but I was haunted by nightmares and fear of being forced again. After more than a year of dealing with the trauma alone, I finally said something. I had to start the healing process. I also kept thinking, “What if I’m not the only one he’s done this to…or would do this to?” I think I took so long to report what happened because I feared retaliation and that’s exactly what happened. To intimidate me, they moved someone who had previously physically attacked me into the cell across from me. I also dealt with staff regularly making rude and harassing comments to me. When I asked for some type of counseling, I was told that I didn’t qualify, despite what had happened to me at the courthouse.

But I reached out to people and organizations on the outside and they’ve been my support. They have helped me find my voice. They’re helping me heal and find courage to continue sticking up not only for myself but for all people who have been sexually assaulted while in custody.

I have come to believe that I went through this experience for a reason. I may have had my power taken away at one point, but now I am empowered to speak up and to be an advocate. If you have been through an assault, know that you are not alone. There are people who do care. I care.