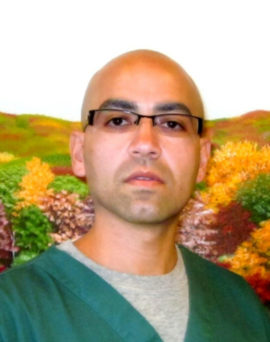 The following is an excerpt of a letter written by Pedro, a prisoner rape survivor, to other people who have lived through this abuse. Pedro — not his real name — sent JDI the letter to use in its survivor outreach.

I am an inmate in a prison in Wisconsin. On June 3, 2012 I was raped!!! It has taken me some time to be able to deal with the fact that I was assaulted and the many after-effects that resulted from being assaulted. I am writing this to share my story with you in the hopes that you may gain some insight into my experience and the traumatic effects that result from being sexually assaulted. I am also writing this in order to help me along in my healing journey.

Perhaps you have suffered recently? Maybe you are searching or reaching out for help? Or maybe like me, you want to heal physically and mentally from the violation that occurred to your body and mind. Whatever your reasons, what you are doing is courageous! It may not feel like it now, but the steps you are taking towards healing will be observed by others, who will attribute courage, among other qualities, to your character. Please understand that the following is my experience and that although you may or may not share them, it does not in any way diminish what you’ve experienced.

At the prison where I was assaulted, I was transferred to a different housing unit and cell due to a job in the prison. I was placed in a double cell with another inmate. I did not know the inmate that was assigned to that cell personally — his name, what he was in prison for, or the length of his sentence. None of his interactions with me or others before the assault seemed awkward or raised any red flags. About a week and a half after I moved in, in the middle of the night, while I was sleeping, my cellmate raped me. I woke up not knowing what was going on, but realizing what was happening at the same time. I had what seemed like a million thoughts running through my mind at the time — “What’s going on? What should I do? Should I scream for help? How long before help arrives? Should I try to get out of the cell? How long before staff open the cell door, will I be able to get out safely? Don’t move! Even if I could speak, what do I say?” Even though I had all these different thoughts, I didn’t do anything. I just froze.

Before I continue, I want you to know that not everyone’s experience is the same, although some may be similar. The way I reacted to being assaulted is well documented by psychologists as a normal body reaction to high levels of trauma. Some people are able to initially fight, others take flight — they are able to run away — while others, like me, freeze. I’ve become informed regarding this topic in order to understand my reaction to the assault.

Like I said before, I froze! My body began to shake uncontrollably — imagine being outside in below-zero degree weather, naked. I felt disgusted with myself for just lying there, powerless to defend myself physically. I felt like an object, not a human being. I don’t know how long that went on for or how much time elapsed in between, all I know is that he forced himself on me three times that night before I eventually passed out.

When I came to, it was just before 6 am. Surprisingly, I had not moved all night, as I was still lying naked on my bunk. I laid there quietly, scared of waking my cellmate and fearful of what he would do to me. Listening to his breathing pattern, I left the cell since the doors were unlocked around that time. Feeling scared, dirty, and violated, I immediately sought a prisoner whom I trusted, and between sobs, I told him what my cellmate had done to me. He was adamant that I report what happened so my attacker would not get away with what he did to me. My friend called the unit sergeant and helped me report the sexual assault. The sergeant took me to an office for privacy and to wait for her supervisor. The events that followed were mentally and emotionally exhausting for me, as I had to relive the assault while I reported it to staff.

Around 6:35 am I was escorted by the supervisor to the health service unit in preparation for transport to an outside hospital for a sexual assault examination. After speaking to a city police officer and an institution investigator (a process that took close to three hours), I was shackled and handcuffed and taken to the hospital. Upon arrival at the hospital, I was once again questioned about the assault.Â  Between sobs and tears, I told the examiner what happened. Telling a stranger how I was assaulted and how it made me feel, especially in front of two male officers, was one of the most humiliating and difficult things that I have ever had to do. When the time came for the physical examination, even though the examiner did her best to try to comfort me, having the examination performed left me feeling ashamed, confused, and victimized once again. During the examination, I continuously asked myself what happened, was it real? I knew that deep within myself I did not want him to get away with what he did to me, and that gave me strength to persevere through the examination.

Although prison life has its monotony, before I was assaulted I stimulated my educational growth through the University of Wisconsin-Platteville’s business administration correspondence program. I stayed physically active by playing sports and weightlifting. I was sociable, attending chapel services, tutoring inmates on the subjects of English, Spanish, math and American Sign Language. It has been difficult for me to concentrate on my studies after the sexual assault. As for sports, the physical contact involved triggers flashbacks preventing me from participating. Sleeplessness, nightmares and flashbacks have taken their toll. I have also experienced suicidal thoughts, not wanting to live another second with the disgust, shame and the other after effects of what was done to me. I am less sociable now, only speaking to a few inmates that I feel safe around. Most of the time, I sit by them, my mind blank, while they play Scrabble. Perhaps you are experiencing or experienced some of these effects and are wondering, “Why do I feel like this?” or “where do these thoughts come from?” For me, the lack of sleep and flashbacks has increased the levels of stress when dealing with others, but I am pushing myself to focus primarily on my recovery. As time passes, I’ll be able to return to the activities that I enjoyed (instead of basketball, I’m playing handball), and I know that I am stronger than I thought. Knowing there is a strong will within us to overcome everything we’re confronted with, and believing in ourselves, is key to that recovery.

After my return to the prison from the hospital, I was moved to a different housing unit. Seven hours and thirty-five minutes after I reported the assault, I walked through the prison yard in the direction of the new housing assignment wondering what was going to happen, how will others react to what had occurred, or would I be placed on a double-cell? Word travels fast in prison, so I wondered if the prisoners on the yard knew what happened, since some of them stopped their activities to stare at me while I walked. A friend came running up to me and asked me how I was doing, if I was all right. It was a nice gesture, but I didn’t feel like talking, so I just told him I was okay and kept walking. Once I arrived at the unit I told the officer that I wanted to speak with the chaplain. The officer called the chapel to let them know that I was on my way, and I immediately sought chaplain “K.”

Even though I was transferred to a different institution seven weeks later, there is still strong opposition against outside mental health services from staff. There is no clear reason for such attitudes. The lack of information to the procedures that staff should follow, not just in responding to, but in preventing sexual assaults is inexcusable! When I have tried to address these issues with staff, I have been met with contentiousness. I question staff’s motives. Are they trying to help me? Or are they trying to protect themselves? At times I felt that there was no hope, and perhaps you too have experienced opposition from others in the institution (if you are incarcerated). I realize now that many individuals are not informed, or don’t know how to respond when someone has been sexually assaulted. It has been my experience that there is a lack of awareness in society and in the department of corrections when it comes to prison rape and how to help those that may have been subjected to such an assault. Do not dismay. Continue to request the services you believe you need and that the institution has stated are there for you. I have used the complaint system here to raise awareness of the lack of services and to question the lack of procedures there are for dealing with sexual assaults. In my situation, the assault could have been prevented had staff made rounds, but primarily, had staff screened that individual for sexual aggressiveness before assigning him to me as a cellmate.

During the sexual assault, I experienced so many emotions at once that I froze. I felt like an object and passed out. Because of that reaction, I was able to safely leave the cell in the morning and sought a friend who helped me report what happened. The sexual assault examination was difficult, but necessary in order to collect evidence so that my attacker would not get away with raping me. Since the assault, I have had difficulty with daily activities, lost focus on my education and contemplated suicide. I have experienced strong opposition to receiving the services I believe I need, and found that staff are not properly trained in dealing with sexual assaults. But, if we don’t speak up, no one listens! We can heal. I am on my way to healing. I understand it will take time. I hope you continue searching for ways to help yourself. I encourage you to continue seeking answers from any source available to you, like the facility’s library. If the library does not contain helpful information, contact an outside counseling service or speak with someone you trust and feel comfortable with. The most important thing is DON’T GIVE UP! Remember that what you are doing right now is courageous and that others will be inspired by you, as I have been by others. I hope my experience has given you some insight into what I experienced and that it helps you in healing. I wish you the best.