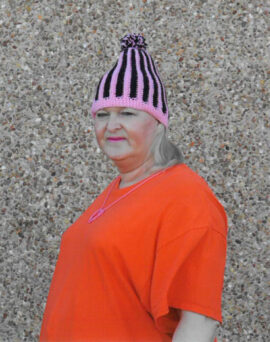 This is very difficult to talk about. I’ve been incarcerated since September 30, 1989, and it took just a few hours after I arrived in prison for the sexual and physical abuse to start. I’ve since lost count of the number of times I’ve been raped, but I have every one of their faces etched into my memory.

I will give you one of the memories I have: It was Sunday after visits. My mom and kids had come to see me. The day was great until after I got back from that visit. I changed out of my visiting clothes and put on shorts and a t-shirt. I was a little tired from the visit with my family. I lay down and closed my eyes. I heard the cell door close. I sat up, and there was one of the guys that celled a few cells down. He was looking out the window in the door. He said, “They’re fighting! I think they’re stabbing each other. Look!”

So I got up and went to the door to look out. Just as I was getting ready to say that I hadn’t seen anything, he slammed my head into the door. When I came to, I was lying across my bunk, shorts, and underwear taken off. My face was bleeding, my two front teeth were broken, and my upper lip busted. I felt him pulling out of me and standing up. I never looked back as my cell door popped open, and I heard him leave. At that time, I had been in prison for three years. It was not the first time I was raped, and it wouldn’t be the last.

I am a transwoman incarcerated in a men’s prison in Oklahoma. The sexual abuse and sexual harassment from other inmates and some of the staff members here is out of control. I have been told that since I’m transgender, that it’s my fault that these things happen to me. “What do you think? You have boobs in a male prison. You have to expect this kind of stuff to happen to you,” they say.

Luckily, I am now seeing my mental health clinician on a weekly basis, and that’s helping. I finally got my two front teeth fixed, only to have them broken again during another rape. I guess what I have learned about myself through all of this is that it’s not my fault. And for me, it helps to keep a journal and to hobby craft. I also try to keep busy by going to school, being Inmate Coordinator for the Episcopal Church, and chairing the LGBTQI Club here at this facility. I think it’s also important to find somebody to talk to…and to tell your story!